In Austin there have been a series of bomb explosions this month from an as-of-yet unidentified perpetrator* (see update below).  Of course it goes without saying that all of us here are hoping that the person/s responsible is/are apprehended sooner rather than later.  Living in the city, what I’ve seen is that life is more or less carrying on as usual in the public sphere.  This is to be expected as people by and large still have duties and obligations to concern themselves with that forces them to carry on regardless of the danger that may be surrounding them (bills still have to be paid after all, and kids still have to get to school).  That is to say, while I know many individuals are certainly taking any and every precautions they can to be safe in a time like this, the city’s social life remains largely undisturbed.

This observation caused a coworker of mine to opine how surprised she was that everyone (referring to those of us who reside within Austin) is responding far more nonchalant about these bomb incidences than one would expect of people in similar situations.  Although I can somewhat see what she meant by the comment, I feel that it also brings up the further query of how exactly one is expected to act while this kind of situation is going on?  How do you as a person properly respond to potential danger that is far enough to be an abstraction to you subjectively, even though you rationally know it’s objectively close enough (mere miles if you’re an Austinite) that it ought to keep you on high alert?  In this regard, trying to gauge out one’s safety risk is comparable to standing in fog–those outside can see you’re in it, but you (precisely because you’re in it) still identify it as something that is some distance removed from you.

The southwest Houston neighborhoods I spent my teen years growing up in were not particularly safe places (it unfortunately goes without saying how most urban areas in big US cities aren’t).  During that time, I have been held up and robbed–and intimately known many others who have been held up and robbed–by street gangs and desperate individuals enough times to have developed a sixth sense about which way to move, what sort of characters to avoid, and how to secure my home to ease my mind on the matter as much as I can (as a precautionary rule, the little chain lock on the door does little good).  My point is that, like most city-folks, being surrounded with some degree of criminal activity is not something new to me.  Nevertheless, no matter how much personal familiarity one has with this nation’s crime rate, the news that a neighbor or coworker has been assaulted and/or robbed within walking distance of you (or that random packages are detonating in the city) will always stir a certain level of anxiety in a person’s mind.

I know people who use this to argue that the human “heart” is naturally inclined to do evil in times of desperation.  But I’m unconvinced by this line of reasoning.  Just as I doubt that man is naturally disposed to be good, I’m equally skeptical of suggestions of his innate wickedness.  Man is adaptive; his behavior situational.  Which is why I see no necessary contradiction in the fact that a person can be a callous murderer at one moment in time, and a genuinely loving parent in another.  In fact, I’m fairly certain that the three men who robbed me at gun point a few years ago probably spent that very evening exchanging pleasantries and joy with some loved one or another (quite possibly with my money; in which case, I at least hope it managed to bring someone happiness).

But this doesn’t do anything to relieve the reality that social communication is being broken down in the densely populated areas of the world.  And it leads me to ponder a few things.  Namely, what if in the future someone who sincerely requires my assistance knocks on my door for help?  Will I readily trust the person, or will I assume that it must be a clever ploy to get me to leave the safer confines of my home, concocted by individuals looking to prey on the average person’s sympathy towards a helpless voice?  I don’t know.  Ideally, I like to think I’m empathetic enough to answer the call for help.  Shamefully, I’m inclined to admit that there’s a chance I might not respond to a doorstep plea.  But it’s easy to philosophize about different scenarios when one is safely removed from the moment of action.  In the moment, a normally rational person can easily be overtaken by anxiety-induced irrationality.  I have even been told by many friends that their social anxiety has reached the point where they don’t feel comfortable having people approach them as they are getting into their cars, because their minds instantly start to recall all the horror stories of victims assaulted (or worse) by opportunistic criminals.  (I personally have also always been of the opinion that there is no inquiry that cannot be made by a stranger just as well standing several paces away from my car door, as standing right in front of it.)

For me, all of this brings up the issue of how exactly we’re supposed to create a more socially cohesive and  cooperative society, when for the sake of our very survival we have little choice but to be vigilantly suspicious of the individuals we are stuck sharing society with?

*Update, 03/21/2018:  A person believed to be responsible for the bombings was identified by law enforcement authorities today.  He took his own life as authorities moved in to apprehend him.

I spend a lot of time with teenagers.  Wait, that sounds possibly incriminating.  What I mean is, I spent a lot of time watching teenagers…Damn it!  That sounds much worse.  Okay, my time spent volunteering as a tutor with struggling middle school students places me in a position from wherein I can observe the day-to-day behavior of a large group of teenagers better than most adults.  (Yeah, that sounds sufficiently neutral and creepy-free).

And in my time with the up-and-coming minds of tomorrow, I have noticed that a lot of teens easily buy into a lot of fabrications we adults tell them to ease their pubescent angst; with some lies being more innocent than others.

Lie:  Acne clears up on its own with time.

Lie:  Bullies will get what’s coming to them once they enter the real world.

Lie:  To achieve, you just need to believe.

I’m sure there are plenty of more examples of lies we tell teenagers out there (and if you have any good ones I would be more that happy to read them), but I think that I made my point.  And to any teenagers reading this, let me just say–in the spirit of honestly–that we adults lie to ourselves when we say that the reason we deceive you is to ease the social pressures you’re going through.  The greater reason is that we lie as a means of getting you to shut up about your problems (because shit if we know how you’re supposed to solve any of them).  But to make it up to you, hear is a picture of a cute koala bear. 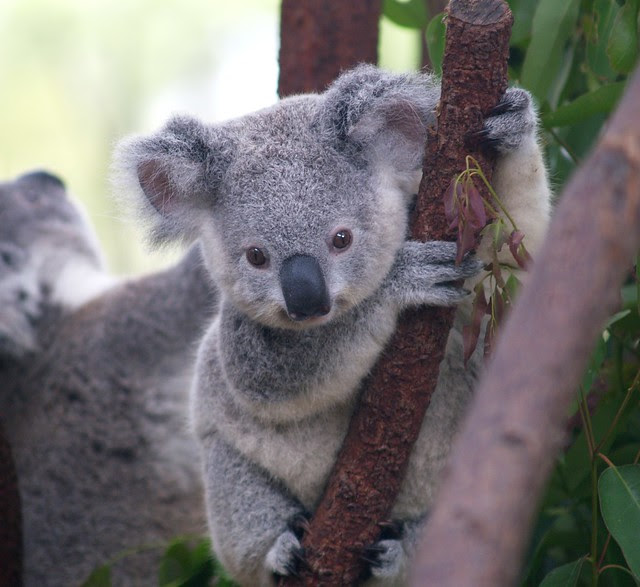 Assholes don’t bother me.  Assholes who pride themselves on being assholes (and advertise their “asshole-ishness” publicly) don’t bother me, either.  However, there is a certain type of asshole that exists that does tend to irk me just a bit.  I would call this type the noble asshole.

Noble, because this sort of assholes has actually convinced themselves that being an asshole is synonymous with having an honest dialogue, thereby framing their need to be vindictive and rude towards people into a public service for the greater good of humanity.  Moreover, the noble assholes believe that being assholes just means that they are braver than you, because (unlike you) they aren’t scared to speak plainly.  Ultimately, I think it’s this sense of self-aggrandizement that grinds my gears about the noble asshole.

Because, tell me honestly, what great feat of bravery are accomplished by harping on about something as personal as someone’s physical flaws?  Do we honestly think that ugly people don’t know that they’re ugly?  That short people don’t know that they’re short?  So what great service is accomplished by calling for people to have to be confronted with these sort of shortcomings in every conversation they have, be they relevant to the conversation or not?

Now, don’t misunderstand me.  I have no problem with anyone saying whatever the hell they want.  I really, really could not care less at how offensive something is (be it something said, published, or put on display), because within a free society the right to be offensive needs to be as protected as the right to be offended is.  And claiming offense cannot, and should never, serve as a tool to silence someone simply because you feel insulted by what s/he said or did.  What I am saying is that, in that same spirit, if you are being insulting don’t further insult our collective intelligence by pretending that you are doing anything else.

No, you’re not “just being honest”.  You’re going several steps beyond that, on account that anyone past the age of puberty, who isn’t on the extreme end of the autism spectrum, ought to have enough common sense (not to mention human decency) to know the difference between speaking honestly, and being an opinionated dick on matters where your opinion was never asked to begin with.

The most annoying part is that, while I went out of my way here to accommodate the noble asshole’s asshole-ish ways by openly stating her/his right to be as shamelessly insulting as s/he sees fit, this same type of asshole will always (and I do mean, always) cry foul the moment someone responds accordingly to the insults s/he so freely spouted out.  It’s a warped sense of logic, in which the noble assholes demand the right to insult you, but deny you the right to acknowledge the reality that they have in fact just insulted you.

And these are the self-proclaimed “truth-tellers” of our age?  The noble souls who can’t even grasp the basic physics of how exerting an action will result in an equal reaction.

Noble?  Truth-tellers?  There is a more fitting description for people who lack the ability to speak with others with the basic tone of civility, who lack the ability to have the foresight or maturity to understand the consequences or impact their conduct can have on others; we call such people children.  And if you behave like child, throw temper-tantrums like a child, and have the emotional maturity of a child, then I will presume that you wish for me to speak to you like a child.  Just like a spoiled, undisciplined child, who has no filter and spouts out the first thing that pops into her/his underdeveloped mind.

And make no mistake, if you are among the self-proclaimed noble assholes, I am not doing anything noble by writing all of this.  I am insulting you, and you should be insulted but it.