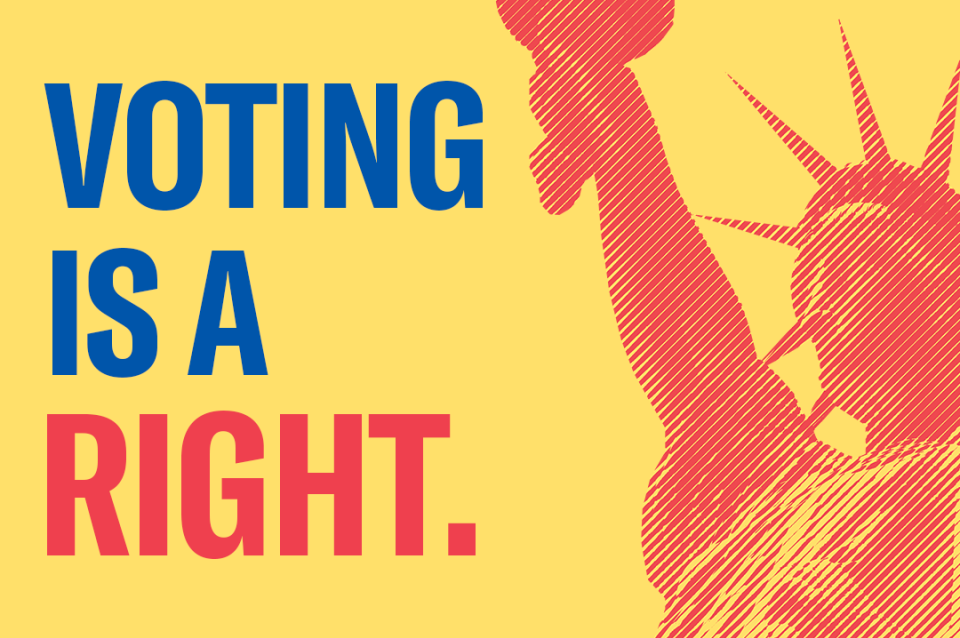 In America (and, presumably, most other democracies), the act of voting is valued as both a right and a duty.  We respect and uphold this great privilege we currently enjoy, granted to us through the efforts and sacrifices of past generations.  The right to vote is a virtue we all cherish, as it binds us together in a greater community.  Yet, despite all of this, the fact still remains that roughly half of us in America (who are eligible) don’t vote.  Implying that, while nearly all of us give lip-service to the importance of voting, a good 50% don’t actually bother to do it.  Here, it is not uncommon for the politically active to dismiss their inactive counterparts as bullheaded, affirming how, “If you don’t vote, you can’t complain.”  However fine a byword this might be to rally the voting masses, it does little to address the issue at hand; nearly everybody values voting (or at least claims to), but only half of us see the endeavor as worthwhile.

Moreover, I find it relatively shocking how few dare to engage this issue through any measured scrutiny.  How often is the question raised about whether or not voting is truly a viable virtue?  Almost never.  It is assumed to be self-evidently true, and to question it as such would be insulting to out national consciousness.  But haven’t half of us already decided that voting is not worth our efforts?  So, why bother being offended by a matter that is removed from an equal number of people’s concerns?

A commonly endorsed, egalitarian-sounding, feel-good-sorta sentiment that people throw around to respond to the above concerns is to explain, “Well, it’s not important who you vote for, just that you do vote.”  But doesn’t this undermine the whole point of the process?  If this nonchalant take on the matter is to be taken seriously, then elections are nothing more but a means to get the public to participate in a common gathering every 2 to 4 years.  Such a sentiment holds the implication that the results are meaningless, because what’s really important is that you just take part, with no weight given to the consequences.  How is that an argument in favor of a valuable duty responsible citizens should strive to maintain?  If you care about the voting process, it should matter to you who people are voting for, otherwise we might as well just randomly pick a name out of a hat prior to casting our ballots.

Let me clarify that I am not trying to talk anybody out of voting in the next election.  Far from it, I want those who care about the voting process to reflect and seriously consider the reasons for their position beyond the foolproof logic of cliche bumper-sticker slogans.  And for the other half of the citizenry, who honestly don’t see much value in voting, to openly admit it to themselves and not feel as though they need to hold something as virtuous simply because it’s expected by cultural mores.

If the values we hold matter, then we shouldn’t fear defending them.  No matter how basic we may think them to be.

One thought on “The Value of Voting?”