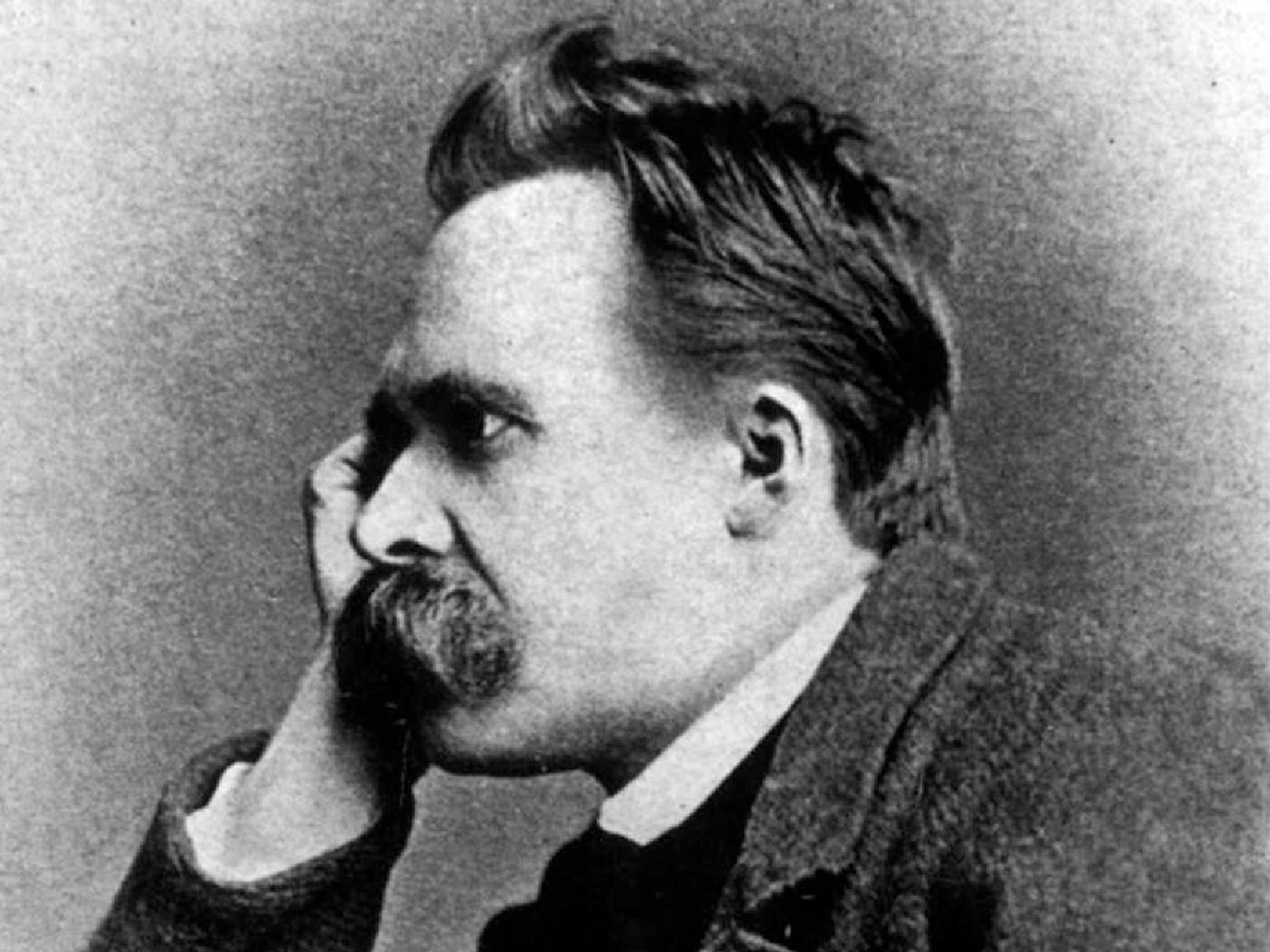 Believe it or not, there actually exists some contention in Nietzschean circles about the philosopher’s religiosity (or lack thereof).  While most people maintain that Friedrich Nietzsche was undoubtedly an atheist, a few commentators see his creeds against Christianity as being indicative of a deeper understanding of the mystical; leaving room open for a belief in the divine.  Adding to the possible confusion for some readers comes from the writings of certain cranks (i.e. Thomas J.J. Altizer), who promote a wholly bizarre “Death of God” theology that stretches Nietzsche’s writings to absurd lengths.

But the best way to put the issue to rest is to go straight to the source himself.  In his final and most autobiographical full book, Ecce Homo, Nietzsche begins the second chapter, “Why I am so Clever,” by plainly stating his position on religious matters.

He states:  “‘God,’ ‘immortality of the soul,’ ‘redemption,’ ‘beyond’–without exception, concepts to which I never devoted any attention, or time; not even as a child.  Perhaps I have never been childlike enough for them?”  Here, he clearly sets his worldview as being completely divorced from what one would call religious sentiments, and, one could argue by the inclusion of ‘beyond,’ as devoid of the supernatural in general.  It is important to bring attention to the way Nietzsche claims to have never “devoted” any time to anything vaguely religious, because it is vital in understanding the manner by which he addresses theological positions in his writings.

Some have quoted the next paragraph in the text, where Nietzsche says, “I do not by any means know atheism as a result; even less as an event,” to indicate that Nietzsche might have still held to a spiritual sort of mysticism.  But this is unfounded in the actual text, because it places too much emphasis on the first part of the sentence, while ignoring the last.  Nietzsche qualifies that his did not know atheism as a result or event, precisely because his unbelief was not the product of some grand epiphany; he did not lose faith, because he never had it to begin with.  He goes on to explain, “it is a matter of course for me, from instinct.  I am too inquisitive, too questionable, too exuberant to stand for any gross answer.”  To Nietzsche, disbelief is his natural disposition, his inquisitive nature demands him not to accept anything more.

I mentioned earlier that it is noteworthy how Nietzsche never bothered to entertain any notion of the supernatural, and how this sentiment affected his approach to theology.  Unlike other prominent atheist writers of the 19th Century, who saw fit to argue against the existence of deities and religions, Nietzsche never bothered to engage or refute any of the arguments for the existence of gods.  He repeatedly affirms that gods do not exist, but his affirmations are meant to be taken as solid proclamations, rather than logical arguments.  The reason for this is that Nietzsche would have considered such engagements as insulting to his person, because to him, “God is a gross answer, an indelicacy against us thinkers–at bottom merely a gross prohibition for us:  you shall not think!”  To even go so far as to refute the standard theological arguments would have been too big of a concession in Nietzsche’s mind.  To him the nonexistence of gods was a given fact, unworthy of debate (a position that greatly influenced later existentialists thinkers, like Jean-Paul Sartre).

This might seem odd, since anyone who has read Nietzsche can attest to the fact that he spends a multitude of pages mentioning God.  Indeed, it can be argued that the topic seems to be somewhat of an obsession to the philosopher, even if he claims to not devote any time to it.  However, one must be very careful here.  In much of his writings, Nietzsche’s atheism takes on a very post-theistic tone (The Gay Science, Thus Spoke Zarathustra, etc.), where he asserts the death of God, not as an actual entity, but as a psychological concept.  Primarily, because that’s all gods are to Nietzsche, man-made concepts, whose humble origins have been forgotten.  What he discusses in his writings is not any sort of deity recognizable to the religious, but the role, power, and influence the concept of God has had on the psychology of humanity, as well as how modernity is leading to the gradual (and unavoidable) erosion of this concept from our psych, as supernatural suppositions become more and more untenable in contemporary discourse.

In these regards, Nietzsche’s post-theistic atheism is a unique take on the issue on religion and God, but one should avoid assigning to it any deeper meaning than even the philosopher himself intended.

Nietzsche, Friedrich. Ecce Homo. “Why I Am So Clever,” Section 1.

The specific translation I used for the quotes in this post, come from Walter Kaufmann’s Basic Writings of Nietzsche, 1967 (2000 reprint), The Modern Library: New York, pages 692-693.