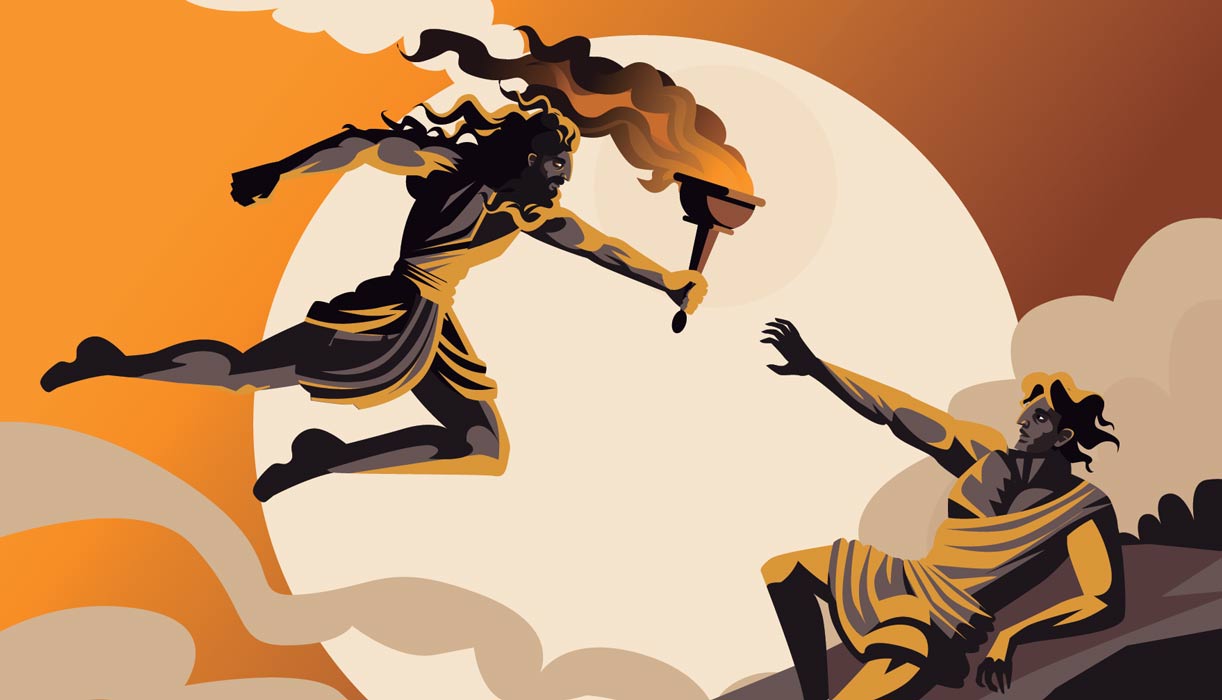 Johann Wolfgang von Goethe stands as a unique figure in modern intellectual thought.  A polymath in the true sense of the word, it is difficult to ascribe to him one conclusive description without leaving out an array of equally apt titles.  His was an artist, a poet, a politician, an amateur scientist, and (by proxy of the collective legacy of all of the above) a philosopher.  Equally remarkable is the man’s place in history as a thinker heralded by both the materialist strands of the Enlightenment tradition, and the counter-Enlightenment Romantics of the 19th Century.  By all accounts, the fact that Goethe personally embodied the various opposing ideals of his times probably went a long way in fostering such a bemusing repute amongst his admirers.

He was (by 18th Century standards) a religious heretic, meandering between pantheism, Abrahamic estoricism, and a great deal of what would now be called classic humanism.  Yet, although his spiritual beliefs were heterodox, his politically leanings rested largely within the  conservative tradition, always viewing the revolutionary efforts of his days with a high degree of suspicion, and a consistent aloofness.  Regardless of where the man’s personal leanings stood on an issue, it is undeniable that Goethe’s widespread appeal to such varying audiences stems from his foresight in capturing the mood of the era he was living in for the sake of aesthetic posterity, and the intellectual benefit of the generations molded by the developments of said era.

As mentioned, Goethe himself held to rather undefinable religious positions throughout his active life.  Nevertheless, he had no difficulty in identifying the ideological struggle between traditional religious structure and the emergence of various heretical ideals that have come to symbolize the Enlightenment for many modern observers.  Published in 1789 (just as the Bastille was about to fall in France), “Prometheus” stands as a poetic allegory to the spiritual transition/tension sweeping through religious and politically revolutionary circles throughout Europe.

Conspicuously composed as a diatribe by the rebellious deity Prometheus against an uncharacteristically impotent Zeus (i.e. God), the work begins by declaring the sky Creator’s feebleness in comparison to the earth-dwelling Prometheus.

Now you must leave alone
My Earth for Me,
And my hut, which you did not build,
And my hearth,
The glowing whereof
You envy me.

The divergence from Greek mythology here is of no small significance.  Goethe’s Prometheus is not the tortured deity of antiquity, but a stand-in for the Enlightened spirit of mankind.  During this era the intellectual and technological advances were often seen as either moving away from Divine interpretations, or standing in outright opposition to religious orthodoxy (though it should be noted that many of the figures of the time did draw on their firm religious convictions as inspiration for their work, albeit usually more from a spiritually individualistic, rather than a strictly traditionalist perspective).  Like Enlightened man, Prometheus reclaims the title of Creator away from Zeus (“Now you must leave alone My Earth for Me”–note the capitalization of Me, apropos to the Western custom of using He when referencing the Almighty), and affirms his position as the keeper of his house (“my hut, which you did not build…”).  Furthermore, he accuses the God of envy against the dominance he–Prometheus (i.e. mankind)–has secured for himself on Earth, in direct contrast to the traditional Abrahamic position that man is granted dominion on Earth by God.

I know of nothing poorer
Under the sun, than you, you Gods!
Your majesty
Is barely nourished
By sacrificial offerings
And prayerful exhalations,
And should starve
Were children and beggars not
Fools full of Hope.

Goethe is illustrating the popular sentiment amongst the irreligious sects of his days, comparing the growing turn away from the Divine as a starvation of the gods, except for “children and beggars” still foolish enough to turn to prayer in time of need.  The allusion here is twofold; firstly, it draws on the growing Enlightenment critique that supernatural matters are too childish and superstitious for those with intellectual depth to concern themselves with.  Secondly, it implies how Gods, exhibiting a constant demand for worship and sacrifice from on above, are therefore the more dependent entities in comparison to Prometheus (i.e. man), since their relevance rests on recognition from the earth-dwelling mortals.

Should I honour you? Why?
Have you softened the sufferings,
Ever, of the burdened?
Have you stilled the tears,
Ever, of the anguished?
Was I not forged as a Man
By almighty Time
And eternal Fate,
My masters and thine?

The misotheistic aspersions at the start of the quote are a rhetorical framing of the fatalistic powerlessness endemic to existence; in which the concept of omnipotence is rendered incoherent, as gods and men are left equally susceptible to the entropy of time and fate (referred to as masters of both the Divine and the mortal).  However, despite the recognition of cosmic fatalism, the tone of Goethe’s poem elicits a staunch resolve to stand high in defiance to the harsh realities of life:

Do you somehow imagine
That I should hate Life,
Flee to the desert,
Because not every
Flowering dream should bloom?

With these lines, the prose is drawing on the mindset that harsh reality is preferable to wishful thinking, and that one’s life is better spent creating order out of the inevitable destitute amongst us.  This is a reflection of the optimism that surrounded the mood of the Enlightenment, where the leading belief among prominent thinkers was how man had reached the time to cast off the restrictive practices of old, that he can revere himself through investigation of the natural world, and use his knowledge to create a better world in life, rather than praying for one to come hereafter (whether or not in hindsight the terrors of the later French Revolution serve as a testament against this Enlightenment era notion is another matter altogether).

Prometheus finishes his monologue by affirming the greater spirit of man, to not deny his greater and (one would presume) earthly faculties, but above all else to not look towards the heavens on which to bestow one’s reverence.  In short, it proclaims man as the heir to the counter-Divine legacy of Prometheus:

Here I sit, I form humans
After my own image;
A race, to be like me,
To sorrow, to weep,
To enjoy and delight itself,
And to heed you not at all –
Like me!

It ought to be remembered that Goethe is simply putting into prose a dramatized sentiment that captures one facet of the era he lived in, and it would be a mistake to conflate the poet’s personal convictions with those found throughout “Prometheus.”  The Enlightenment was a time of great progress in human understanding, but it also stood as a transitional phase where revolutionary ideals threatened to collide (and, indeed, did collide) with traditional austerity.  Goethe’s role as both a participant, detractor, and historian of the era survives as an invaluable transcription of an intellectual tradition all of us in the modern world have inherited (for better or worse).