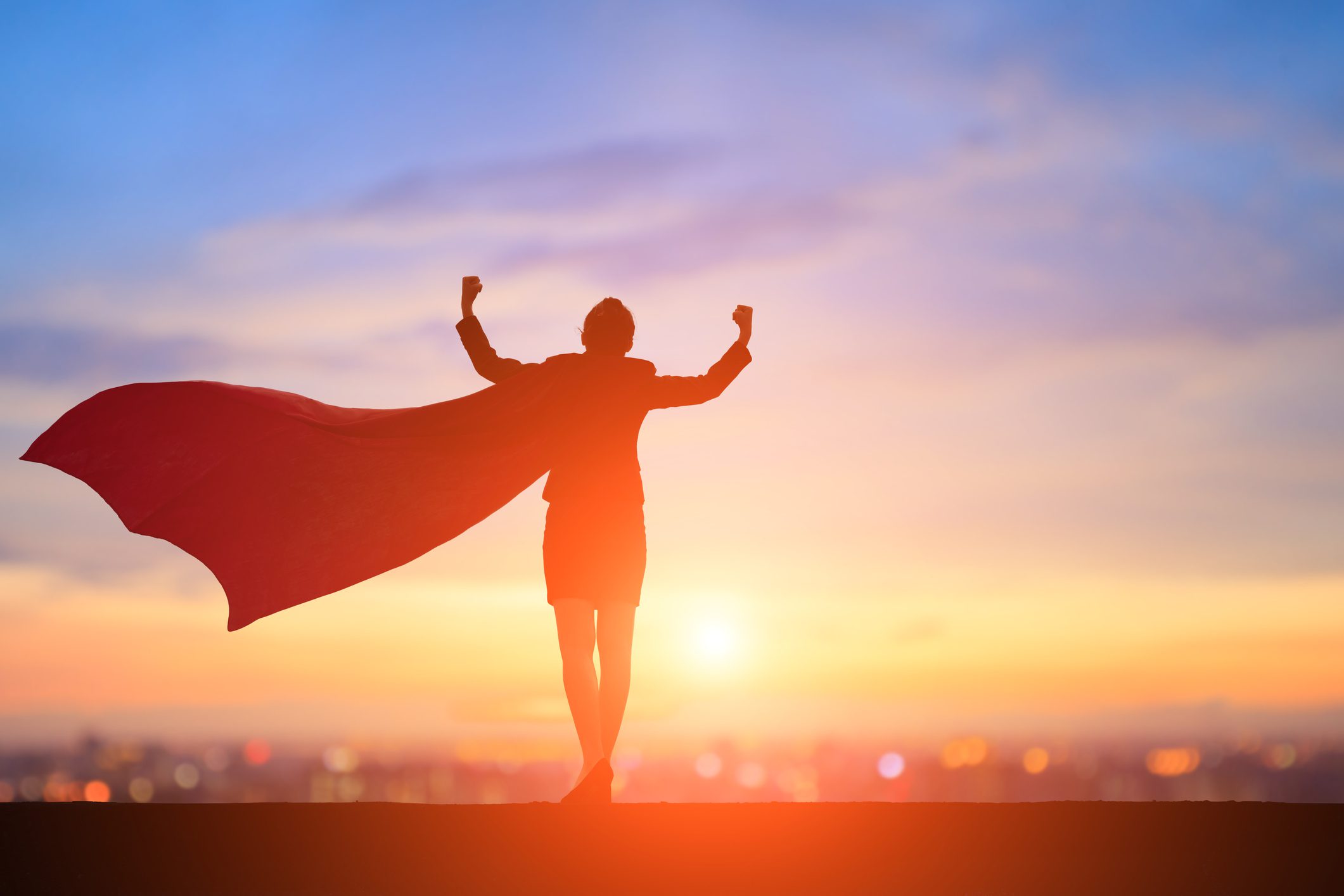 Throughout the course of the 19th Century, Ralph Waldo Emerson stood out as a leading figure within the elite American literary circles of his time.  His main intellectual contributions stemmed from his acclaimed essays and poetry, out from which emerged the writer’s own personal philosophical discipline called Transcendentalism.  Rousseauian in substance, and Romantic in style, the Transcendentalist movement began as a philosophical defense on behalf of the innate goodness of both human nature, and the natural order as a whole.  Moreover, it also serves as a greater call for humanity to embrace the ideals of individualism over sociocultural institutions, the latter of which Emerson blamed for corrupting the natural purity–and thereby goodness–of the individual.  For his part, Emerson was the founder and primary promoter of these ideas amongst American intellectuals, but gained much traction even with laypersons by virtue of his accessible musings elaborating on the positive qualities that give purpose to the human experience.

Although the topics Emerson covered were vast and varied, it is his essay on “Heroism” that stands out most in my mind for its attempt to define the seemingly universal necessity for people to create and idolize human traits and characters, and search out individuals who exemplify said qualities.

Heroism is the a mind of such balance that no disturbances can shake his will, but pleasantly and as it were merrily he advances to his own music, alike in frightful alarms and in the tipsy mirth of universal dissoluteness (p. 236).

Keeping with his transcendentalist beliefs in the moral superiority of the individual over society, Emerson immediately sets out to equate the core tenet of his philosophy with the rightful traits of what constitutes “heroism.”  The hero does not sing along, but sets his own tune in life, all the while maintaining a self-defined moral integrity that further serves to set him apart from the rest of the conformist social destitute around him.  Emerson obviously sees the universal need for people to seek out heroes–persons to emulate as moral examples–as testament to his philosophy that man’s natural state is most pure at the individual level.  Even though our lifelong indoctrination at the hands of social institutions has dulled us enough to fallback on publicly identifying with the group, our instinctive drive to revere the individual who steps out of the collective to find recognition for his deeds still permeates through to the surface of our most basic personal expressions.  In other words, humanity recognizes heroism instinctively, not by social priming; therefore, the character of the “hero” cannot be culturally qualified, but merely recognized:

There is something in great actions which does not allow us to go behind them.  Heroism feels and never reasons, and therefore is always right (p. 236).

Emerson’s views here rely heavily on his belief that because nature is good, the things nature produces must be good, too; since man is produced by nature, man, too, must therefore be good.  Mirroring the writings of Rousseau, Transcendentalism maintains that man’s most natural state resides at the level of the individual, and because heroism exemplify the highest standard of individual virtue, it’s concludes that the hero is in the greatest position to exercise the most somber judgments.  In this, confidence in one’s character and goodness are second nature to the hero, as “Self-trust is the essence of heroism” (p.237).  More than that, this self-trust of the individual hero is vital in inspiring the ties of human solidarity, giving us a model upon which to ascend in our own individual strive for a more virtuous life:  “These men fan the flame of human love and raise the standard of civil virtue among mankind” (p. 239).

All of this sounds very noble, indeed.  And–as far as Emerson’s points on how heroism resides with the individual–it is certainly undeniable that the historical figures cultures tend to herald as heroes normally come across as standing beyond the adequacy of their more commoner surroundings (if not, they would never have been noticed and remembered).  Yet, one could also argue that the conclusions drawn in Emerson’s prose are rather self-serving.  Even if one wants to be generous enough to accept the Transcendentalist’s case that man is most pure in character when interacting as a solitary individual, the writer’s additional desire to simply define nature as good, and good as nature, is still obviously circular in its reasoning.  Nature is not always good, nor is something elevated to goodness just by virtue of being natural.  Disease is also produced by nature; so is the natural suffering that comes from it.  I strongly doubt Emerson would go out of his way to define anything like tuberculosis as good or right by any stretch of the imagination.  Hence, something being natural is not a sufficient prerequisite for it to either be good or of greater virtue to humankind.  Furthermore, Emerson’s stance that it is the self-trusting individual on whom heroism shines most bright, fails to acknowledge that it is equally at this self-trusting individual level that despotic characters reign supreme, too.

Presumably, Emerson would reject the last statement above out of necessity, as it contradicts his philosophy’s central tenet that man is naturally good, and that the emergence of despotic characters is the result of social priming corrupting the individual human soul away from its naturally benign disposition (though the simple fact of the Transcendentalist position being inclined to this view, does not require anybody else to accept it as valid by fiat).  Additionally, he would not agree to such a charge on the basis that he has already gone out of his way to state that the truly heroic soul does not seek power or wealth, but prefers to dwell exclusively in the most humble of conditions:

The heroic soul does not sell its justice and its nobleness.  It does not ask to dine nicely and to sleep warm.  The essence of greatness is the perception that virtue is enough.  Poverty is its ornament.  It does not need plenty, and can very well abide its loss (p.240).

Thus, it is the modesty of the hero that causes him/her to be revered by the public (and revere them we do).  In this light, it is not the act of achieving mere popularity that makes an individual heroic, it is his/her natural impulse to instill purpose within our collective conscience:  “our delight in the hero, is the main fact to our purpose.  All these great and transcendent properties are ours” (p.242).  This gives more clarity on how (in Emerson’s view) any leader who has ever been praised by his subjects does not rise to the status of heroism, as being affluent and having the ability to rule over others go counter to Emerson’s heroic principle of being concerned strictly with maintaining a virtuous life, free of the petty excesses so heavily promoted by social institutions.  Being the state of the ultimate individual, Emerson beliefs heroism to be too far beyond such culturally reinforced vanities.  Instead, the hero vigilantly looks past these shallow wants, and adheres strictly to his natural impulses urging him to look primarily within himself, to his innate virtues, for guidance–and, if need be, s/he does this in defiance to the world s/he inhabits, not in search of ways to exploit it:

The characteristic of heroism is its persistency.  All men have wandering impulses, fits and starts of generosity.  But when you have chosen your part, abide by it, and do not weakly try to reconcile yourself with the world.  The heroic cannot be the common, nor the common the heroic (245).

The last bit in the quotation is certainly true, as heroes by definition have to stand out of the norm to be recognized for their heroism.  Nonetheless, Emerson still fails to address another obvious component of how people approach the topic of heroism; namely, the fact that what does/does not constitute the attributes of heroes is  inherently subjective to the admirers who hold the heroic individuals high in esteem.  Emerson is right in his assessment that the act of bestowing heroism appears to be a near-universal trait across cultures and societies.  Also, if he simply wants to state that the seemingly instinctive drive to partake in this act is a reflection of our desire to ascribe our inner most virtues and values onto an external embodiment, and that we gain an emotional satisfaction from identifying with the individual/s we happen to hold in such high regard, there would be little to quarrel over.  However, Emerson drastically overextends the validity of his case when he goes on to give definitive qualities of what constitutes heroism, like his proclamation that heroes are defined by their humility and proneness to poverty, which is a wholly subjective, ideological statement wanting to masquerade as an objective observation.

To illustrate my point:  Augustus Caesar was undeniably the classic definition of heroism for the people of the Roman Empire (so much so that he was deified into the official Roman pantheon after his death).  But Augustus Caesar was not a humble man, nor a man who cared to live on meager means.  In fact, he was the sort of man who put his name and face on every coin in his land, and never failed to further solidify his authority over as many facets of Roman society as he could.  The attempt for Transcendentalists like Emerson to dismiss this fact as irrelevant on the basis that Augustus Caesar was not a true hero is patently absurd, since within the scope of the virtues and ideals espoused by the Roman public and society, Augustus exhibited all the heroic traits his culture revered at the time (vanity and even ruthlessness were definitely not seen as vices amongst the average Roman citizen, as long as it brought honor and affluence to the Empire).  Counter examples like this, pointing to the subjective and situational way in which heroism gets defined by varying people and cultures, does much to foster doubt towards Emerson’s underlying theme on the topic; especially on account of the fact that the writer never bothers to address such an obvious challenge to his views.

Emerson’s greater claim is that heroism rests on the will of the individual to define noble virtues for society, often in spite of society’s limitations on these solitary souls.  Where he falters is his failure to recognize that throughout history, it was often society which defined the virtues by which individual heroes were to be recognized–not the other way around.  A common mistake that happens when one sets ought to analyze the external world based on what one feels it ought to be, rather than observing it for what it most likely is. An ideological trap even great minds like Emerson were not immune from.